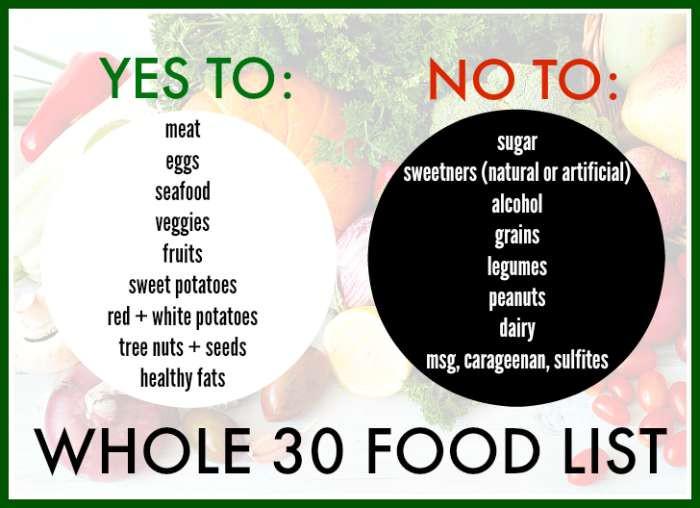 For those of you who have seen me post about it, but haven’t heard of the Whole 30, it is basically “a short-term nutritional reset, designed to help you put an end to unhealthy cravings and habits, restore a healthy metabolism, heal your digestive tract, and balance your immune system.” All good things, right?

Whole 30 is basically super strict Paleo. We did our first Whole 30 about a year ago (though only had a 27 day window between Stephen being out of town and going to my brother’s wedding, so did a Whole 27), and it couldn’t have been that bad or we probably wouldn’t be doing it again.

This time, my eating/drinking habits were a little worse just before we began (Starbucks 2x per week? Heck yes) and so the withdrawal symptoms (headache, fatigue) that are often associated with elimination style diets were a bit more pronounced this go round. I definitely felt the cravings this time, and missed my beloved Cinnamon Dolce Lattes that accompanied our story time trips. And then Starbucks had the audacity to drop the Toasted Graham Latte like two days after we started as a temptation of total non-compliance. Don’t worry TGL, I’m coming for you on October 21. Coffee is allowed on Whole 30, but I’m not man enough to drink it black. Adding coconut milk and cinnamon helps, but not enough that I actually have desire to drink it.

I’m going to come clean with you guys. We have one cheat in this Whole 30. I can not justify paying twice as much money for half as much bacon just because it was cured. With the large amount of bacon we consume on this diet, we would go broke, I’d have to get a job and 80% of my paychecks would go to day care for my kid and the other 20% just to bacon. We decided ahead of starting that this was one compromise that we both agreed to after careful consideration. However, if you are looking for compliant bacon, it is available at Whole Foods (I couldn’t find any at our normal grocery store).

Today is Day 15, which means we’re halfway there. Here are a few essentials that are helping to make this time successful:

A few of our favorite meals:

There are lots of great resources online for recipes (watch out for Pinterest if you don’t want to be shown pages of tasty temptation on your way to healthy recipes), but often we just keep it simple with grilled or roasted chicken and veggies. If we catch a good sale, I’ll grab a steak and serve that with veggies. It doesn’t have to be hard, but absolutely does require forethought. There is no “I’ll just grab something on the way home” and no making Top Ramen because you don’t feel like cooking. You’ll cook all three meals most days (or more, smaller meals) and you’ll do all the dishes in your house multiple times a day.

Eating out is pretty hard. Our go-to place is Chipotle. Most of the time you’re going to feel like this:

But at Chipotle, you can get a salad, with carnitas (the other meats are cooked in rice bean oil), salsas (not including the corn salsa as corn is considered a grain), guacamole (if you’re not allergic like I am). It’s definitely not as filling or delicious as my usual burrito bowl, but sometimes I just don’t feel like cooking. Plus Jonathan loves their quesadillas.

Jonathan is still eating like a 1 year-old, so his mac & cheese and quesadillas look like delicious, non-compliant heaven. I often catch myself almost taking a bite to check to see if it’s too hot for him, but have caught myself.

As an added bonus, this time I’m actually working out in conjunction with doing the Whole30. Because my son is the Energizer Baby, I’ve been getting up at 5am to get in a workout and Bible study before he wakes up (which generally occurs around 6:30am). My current routine is MWF- Fitness Blender video workout, TTh – run on the treadmill 30 minutes. Fitness Blender has been awesome and really fun yet challenging. A few of my favorites so far:

I have a few more saved to try, but if you’re a Fitness Blender member, I’d love suggestions! Run days are my least favorite, but in the past it has been pretty effective for me so I thought I could torture myself 1 hour a week. Maybe I’ll eventually start to like it again. Post-pregnancy, I feel like I’m having a harder time finding my groove with it, so hopefully I’ll hit my stride eventually.

The combination of Whole30 and these workouts seems to be effective as I have already lost as much weight in the first two weeks of Whole30 as I did the entire time last time.

I’m looking forward to the next 15 days as the down hill portion of the journey. I may try a few new recipes between now and the end, which is always fun.

If you’re interested in trying a Whole30, don’t be afraid to message me. I probably have a few recipes bookmarked somewhere, but I’d recommend checking out the following sites for ideas (some recipes may need to be altered slightly to make Whole 30 compliant):

Nom Nom Paleo – I use her cauliflower rice & zoodle methods regularly, in addition to other recipes (her kalua pig is great and makes enough to eat in salads, bowls, omelets, etc)